On November 26, 2017, Ishikawa prefecture, Shika-machi, and other organizations conducted a nuclear disaster prevention training program, including evacuation training for local residents. Hokuriku Electric Power Company took part in this training to confirm the division of roles and coordination with the government and the local public authorities, and carried out various skill improvement drills for responding to disasters.
In addition, as part of our efforts to improve safety at Shika Nuclear Power Station and to prepare for unexpected situations including natural disasters such as earthquakes or tsunamis, we continuously conduct training to maintain and improve our ability to respond quickly and accurately, as well as working to reinforce various pieces of equipment, based on our belief that ultimately, it is people who assume the prime responsibility for operating devices and equipment. 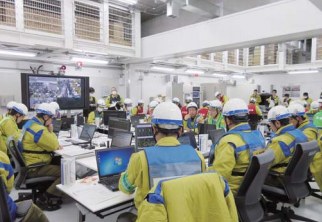 Notifications when an emergency situation occurs, situation reports of accidents, and confirmations of response measures.


Training in the Operation of the Water Sprayer 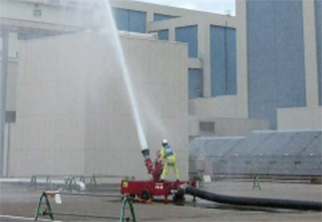 Training in the operation of the water sprayer, which is to be used for fire protection and to prevent the spread of radioactive substances

Since August 5, 2016, five electric power companies (Kansai, Chugoku, Shikoku, Kyushu, and Hokuriku) have been mutually cooperating to further strengthen their measures to prevent harm from spreading in the event of a nuclear hazard, as well as to further improve the restoration measures.
Since March 7, 2017, the Tokyo, Chubu, and Hokuriku electric power companies, all of which currently operate boiling water reactors (BWR) — specifically, advanced boiling water reactors (ABWR) — have been cooperating technologically, taking advantage of the fact that all three companies operate the same type of reactors, with the aim of improving operator skills, sharing related knowledge, etc. The three companies also have been mutually cooperating for improved safety, taking advantage of their geographical proximity. 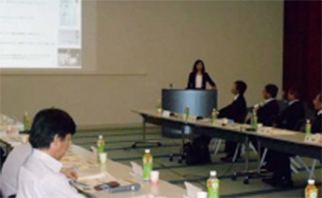 We have formed the Nuclear Safety Reliability Conference (Chairman: Hiroto Ishida, Honorary President of Kanazawa Gakuin University), an organization designed to gather multilateral opinions and comments from external knowledgeable persons on the overall measures related primarily to the operation and management of Shika Nuclear Power Station.
At the fourteenth meeting, held in May of 2018, we explained about the present state of Shika Nuclear Power Station, and hosted a lecture by Kyoko Oba (Chair of Ethics Committee, Atomic Energy Society of Japan) about the creation of a culture of nuclear safety. We also exchanged opinions and received diverse advice.
We plan to hold these meetings regularly, to consistently hear views and opinions to further improve safety. 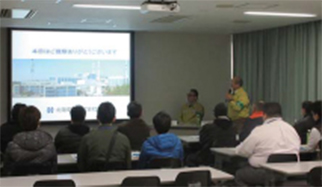 We work on company-wide efforts, using every opportunity to carefully and thoroughly inform the people in our local communities about the safety of Shika Nuclear Power Station in an easy-to-understand manner, in order to gain their understanding and provide a sense of relief.